One of the problems with using Viber on Windows is getting Burmese  text (Zawgyi) to display properly on the application. I have installed Zawgyi One font on the system and generally it works well for all other applications (MS Office and web browsers) but no Viber.

After browsing on the net and trying out various suggestions, some simple and some complex, I finally managed to get Zawgyi to display properly on Viber and it turned out to be very simply.

Simply install this Zawgyi Font for Viber on your system, i.e. 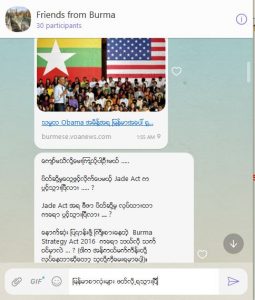 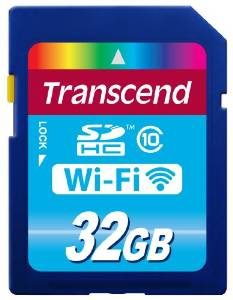 A few years ago, a company that I’ve never heard of called EyeFi brought out a SD card with built-in WiFi. It was a revelation and a real saviour for those who did not have WiFi built-in to their DLSRs, and did not want to upgrade to a new body, just to get WiFi on their cameras. At that time, the EyeFi 8 Gb card cost around $120, compared to a regular 8 Gb card costing around $20, so the price differential was quite large.

However, over the years other card manufactures have brought out their own WiFi SD cards and this is my experience of using one of them: 32 Gb WiFi card from Transcend. The price of the card at the time of writing is 55 Euros (around $60). 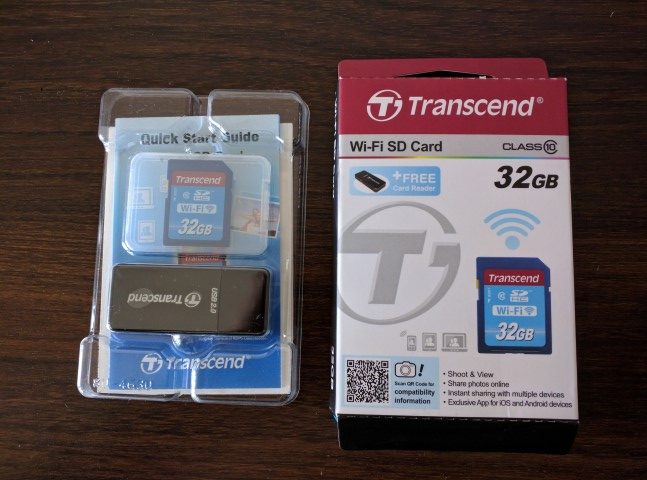 On the phone, go to the relevant App Store and search for Transcend and you’ll find an app called WIFI SD for Android and iOS. Download and install as normal. If you are unable to find the app, you can download it here. 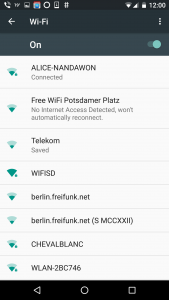 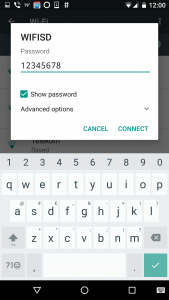 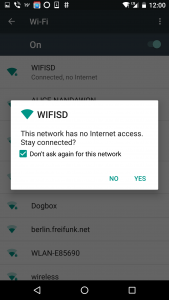 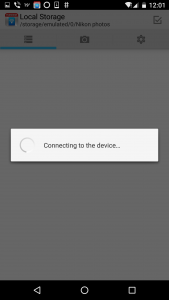 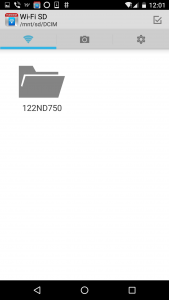 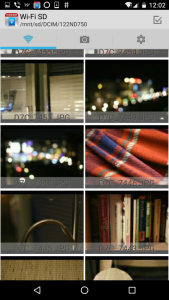 Downloading 1 Photo at a Time 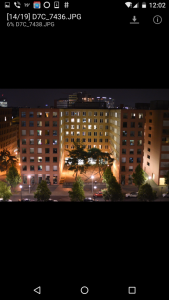 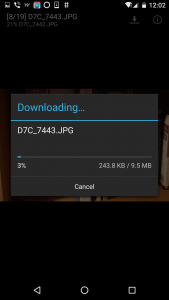 You can then repeat the above process for each photo you wish to download, but this can be quite laborious.

Instead of downloading each photo separately, you can download a whole bunch of photos in one go. To do this:- 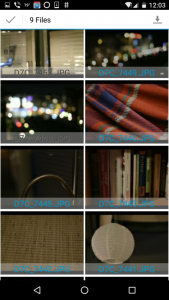 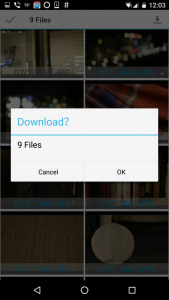 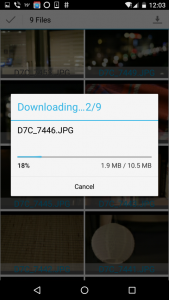 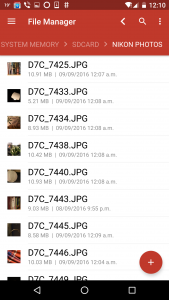 This is a folder that I created before using the app. The steps below show how to change the location where the photos will be downloaded from your camera onto your phone.

You can change the location where the photos are stored on your phone. By default, the photos will be stored in a folder called WI-FI SD inside the DCIM folder of your internal memory. If you wish to change to a different location, the steps are:- 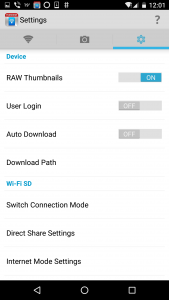 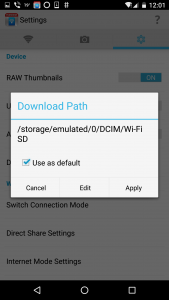 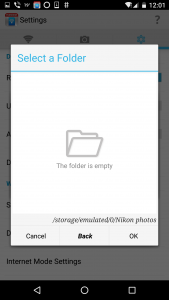 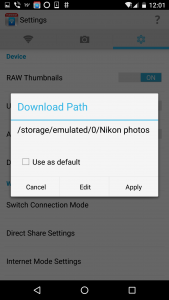 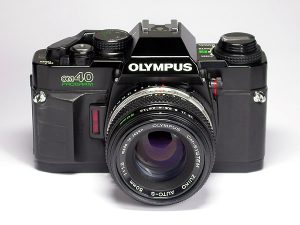 I remember the old days when I went travelling, I would take my camera, an trusty Olympus OM 40 with a 50 mm lens, and a few rolls of films.

During my travels, I would be quite picky about which pictures I actually take because a roll of film could only hold 36 exposures, and each film roll costs money to process and develop into prints. Also, in those days, after you decided to press that shutter button on the camera to take a picture, your job is done and rest is up to the photo lab, in terms of how good the prints will turn out.

But, in this digital age, you’re not only responsible for taking the photos but also managing and processing the photos themselves, and I’m finding that it requires a LOT MORE work on your part after returning from a trip. It used to be that you might come back with a few rolls of films to process, but now after each trip there are several hundreds (if not thousands of photos) from various digital photo recording devices (DLSR, smartphones, action cams, etc) you now carry with you, and it’s your job to ‘process’ them, catalogue them, store them and the publish the ones you want to show on various online sources or on your social media.

My wife and I recently returned from a weekend break hiking to Preikestolen in Norway and I thought it would be interesting to log all the equipment I took with me, how they were used and what I had to do once I returned from the trip.

You might ask why take so many devices when you could potentially use just one device for those separate tasks. It is possible but as anyone knows, the downside of using a single mobile phone is that the phone cannot support all of those tasks all day without draining the phone battery. So, I prefer to limit each phone to one task to extend the battery usage of the devices I’m carrying.

So, below is the ‘workflow’ I normally follow on a shooting trip.

The post processing that you do once you’re back home on your computer is only possible if you’re taking the right kind of picture in the first place. The software like Lightroom are great but they can only enhance the images that’s already captured and present in the picture but they cannot create images out of thin air. Two basic problems with photos taken normally are lack of any details (such as completely clear sky) or blurry photos. Lightroom cannot add clouds if there are none in the photos in the first place, nor can it fix poorly focused or blurry photos. Yes, they can remove some minor shakes from an image but out-of-focus or blurred photos are beyond the scope of the current batch of software.

The settings I use most on camera when I’m on a trip are Image Quality, ISO, Bracketed Exposures, White Balance and Shooting Mode. Let’s go through these in a bit more details.

Image Quality: I always tend to use RAW format, unless I know that what I’m taking is only to be shared on Social Media, such as food or selfies. But for proper retouching photos back home on the laptop, I use RAW format images instead.

White Balance: I usually set this to Sunlight, if I’m shooting during the day, regardless of the actual condition outdoors. It could be raining or it could be indoors during the day, but I find that Sunlight white balance gives me the best neutral colours for retouching afterwards. For night shots, I never found the Tungsten or Fluorescent white balance setting on the camera to be satisfactory

Shooting mode: This is set to Continuous (Low), so that pressing down on the shutter button will fire out 3 exposures instead of one. This works in conjunction with Bracketed Exposure settings, so that all 3 exposure values (-2, 0, and +2 EV) are captured in one press of the shutter button.

As above, but set drive mode to Continuous setting for 20-30 mins

One of the most stressful things when planning a trip anywhere is to make sure that you’ve packed all your camera equipment with you. There’s nothing more annoying than spending hours and days travelling to a new place, only to discover that you’ve forgot to pack one important item you need for your. I’ve done it more than once, and so to avoid this happening,  I’ve built up a standard check-list that I use to make sure that I bring all I need for the trip.

Of course, I’m not listing the main camera body or lenses or flash. These would be included regardless so I don’t need to check for these large items.

As someone who have been in the software testing field for over 20 years I have seen the shift in the industry with more demands for QA Engineers as opposed to Test Engineers.

This is in reflection in the industry that simply doing the testing of the software once it has been built doesn’t ensure quality in the product because by then if major bugs are found in software either at modular level, system level or system integration level, it is already too late in the development process.

In the past, QA and Testing are considered to be interchangeable terms but from my experience they are quite different and I’d like to describe what these differences are, in simple terms.

ISO9000 defines Quality Assurance as “…a part of quality management focused on providing confidence that quality requirements will be fulfilled”.

In other words, QA is concerned with laying down correct processes in procedures in the all stages of Software Development Life Cycle (SDLC), from requirements gathering, user story capture and articulation, UX/UI and system designs, coding, testing and deployment,  such that quality is backed into the product and not an afterthought.

If I could make an analogy to society in general, QA is similar to Law Makers and Supreme Judges laying down the laws of the land; the code of conduct that every citizen should follow, and prevention of unruly behaviour so that the society as a whole could function well as one. Furthermore, the role of Law Makers also involve monitoring of the current laws and continuously improving the processes and procedures as circumstances change in the society.

Hopefully, I’ve explained the differences between these two terms, then it leads to ask the question, ‘Who is the custodian of quality in a development team? The answer is, of course, the Team itself, from Product Owners, Project Managers, Analysts, Designers, Developers, Testers, Systems Engineers,  etc. who are part of the team and each one is responsible to built in Quality as a feature into the product.

To install the Android USB driver on Windows 7 for the first time:

Alternately, to upgrade an existing Android USB driver on Windows 7 with the new driver: 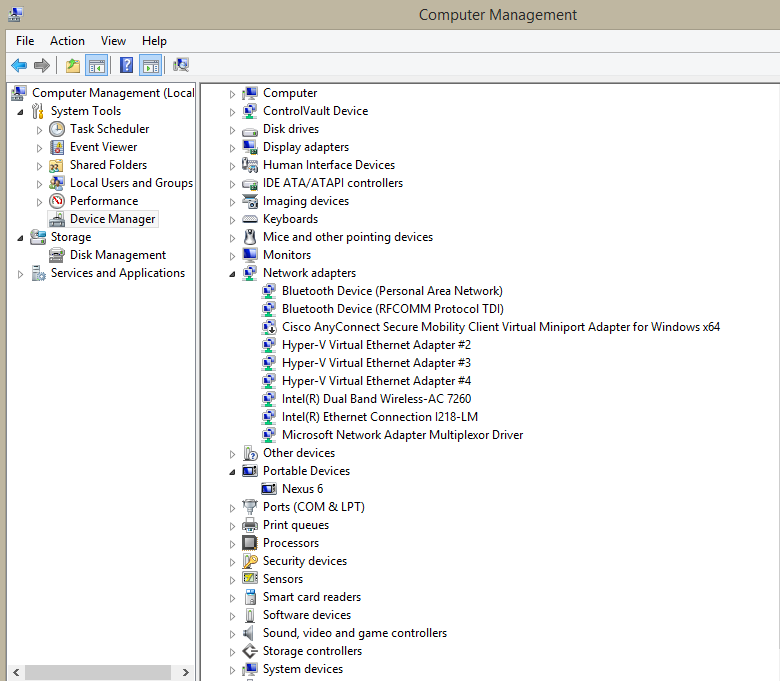 4 Confirm that the Device is rooted

To confirm that the device has been rooted correctly, the easiest way is to download a Root Checker app. After installing, click on the CHECK button and the Root Access will says access granted. 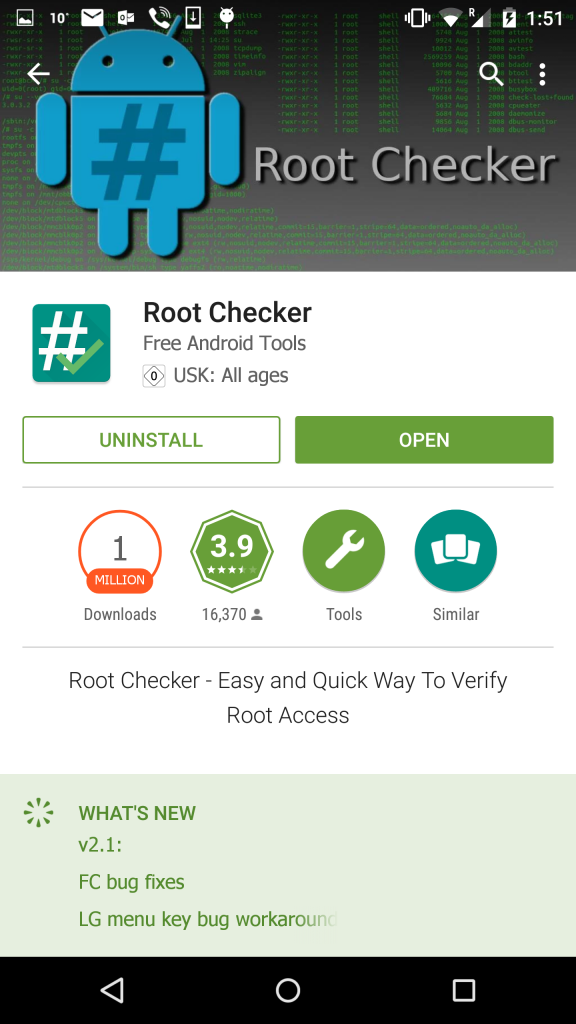 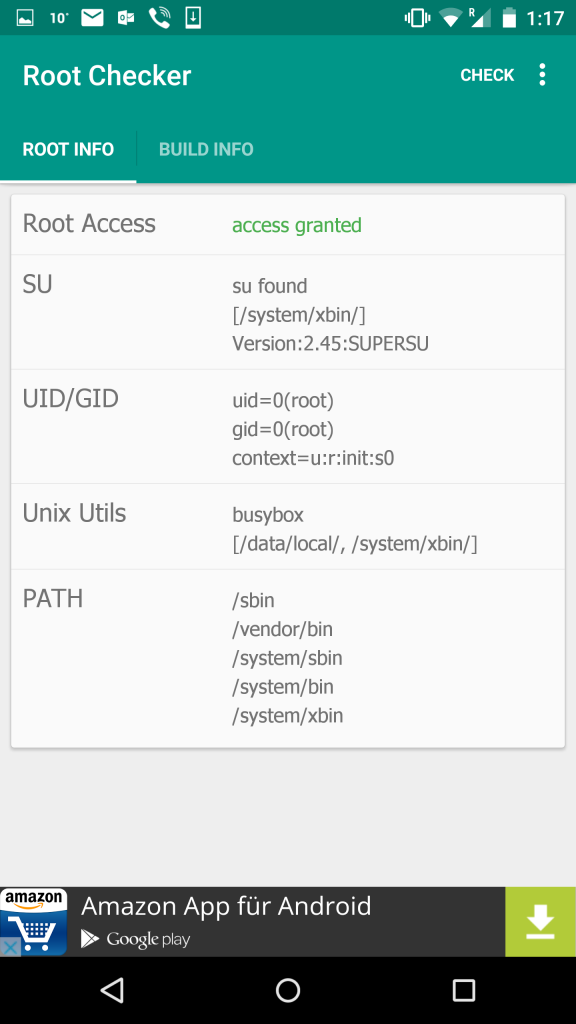